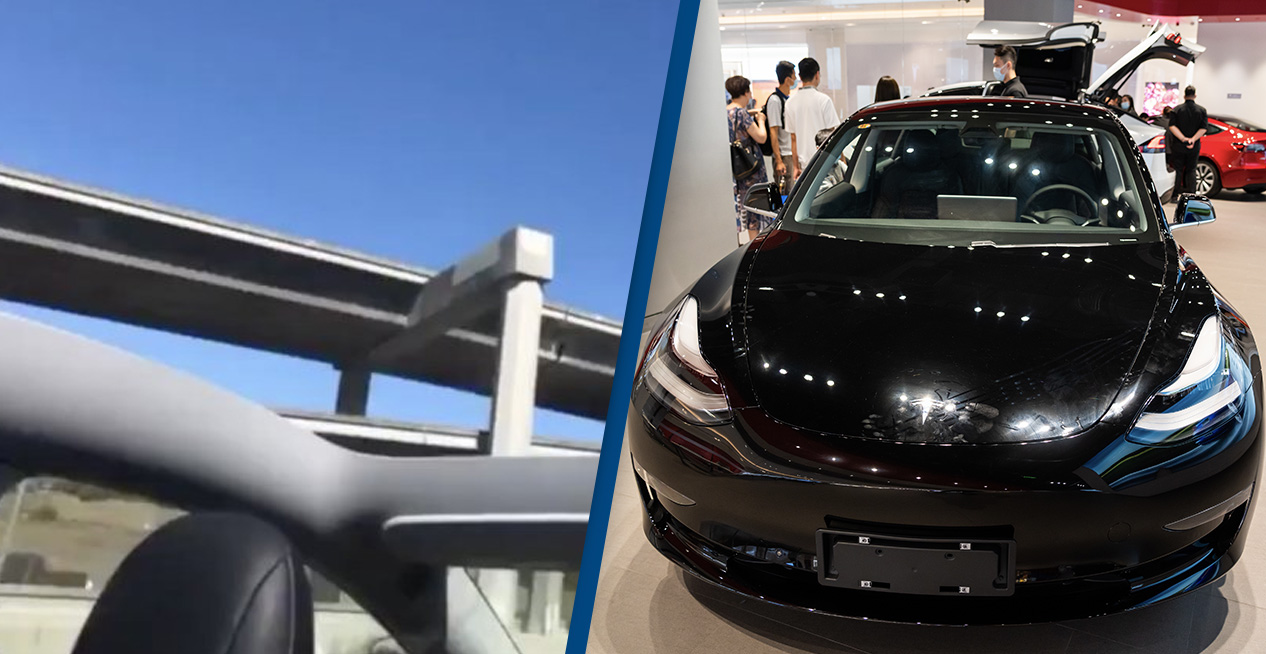 Having a Tesla convertible sounds great, right? But it’s not quite the same when your normal Tesla’s roof detaches when you’re zooming along the highway.

Unfortunately for Nathaniel Galacia Chien and his parents, that’s exactly what happened when the roof of their brand new Model Y flew off as they drove down an interstate highway in California.

A short video posted by Nathaniel on Sunday evening shows the family driving along in what appears to be a distinctly roofless car. Luckily for them, it wasn’t raining.

Nathaniel tweeted, ‘Hey @elonmusk why didn’t you tell us Tesla sells convertibles now? Because the roof of our brand new Model Y fell off on the highway.’

According to The Verge, Nathaniel first noticed something was up when he heard a lot of wind in the car. ‘I thought a window was open,’ he told the website. ‘But half a minute later the entire glass top of the roof just flew off the car.’

The family immediately called California Highway Patrol to alert them to the flying glass roof, and thankfully no one was hurt in the incident. ‘It’s easy to laugh about in hindsight,’ said Nathaniel, ‘but this could be a serious problem if it happens again.’

In a thread posted on Twitter, Nathaniel said that he had heard rumours of problems with the electric car giant’s ‘quality insurance’, adding to The Verge that his parents had noticed some ‘fit and finish’ issues that were ‘pretty well-known issues with new Teslas’ when they picked the car up from the dealership. There was nothing, however, that indicated the surprise that was to come when they took their new ride out for a spin just two hours later. 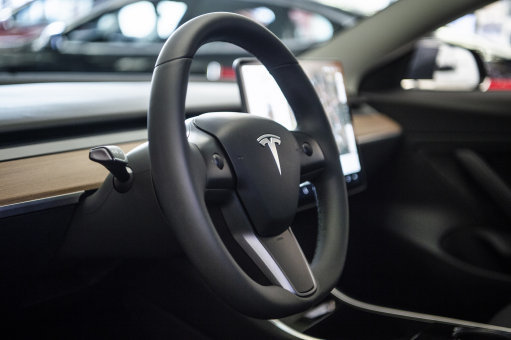 14 November 2018, North Rhine-Westphalia, D�sseldorf: The logo can be seen on the steering wheel of Tesla's Model 3 electric car in a showroom. Tesla starts on 14.11.2018 with the…PA Images

Reports of issues with the new Model Y have plagued Tesla since the car’s launch last year, with customers mainly complaining about minor quality issues. To UNILAD’s knowledge though, this is the first time the company has had to deal with an entire roof coming off the car.

According to Nathaniel, Tesla representatives told him that the issue happened because ‘either the seal on the roof was faulty, or they somehow forgot to seal the roof entirely’.

He added that although his parents were offered a replacement Model Y, they are likely to buy a totally different car. And who can blame them?

Although Elon Musk is known to respond to fans and critics alike on his Twitter feed, he doesn’t appear to have picked up on Nathaniel’s post. Tesla has not returned UNILAD’s request for a comment.