Astronaut Answers Age Old Question Of How To Poop In Space 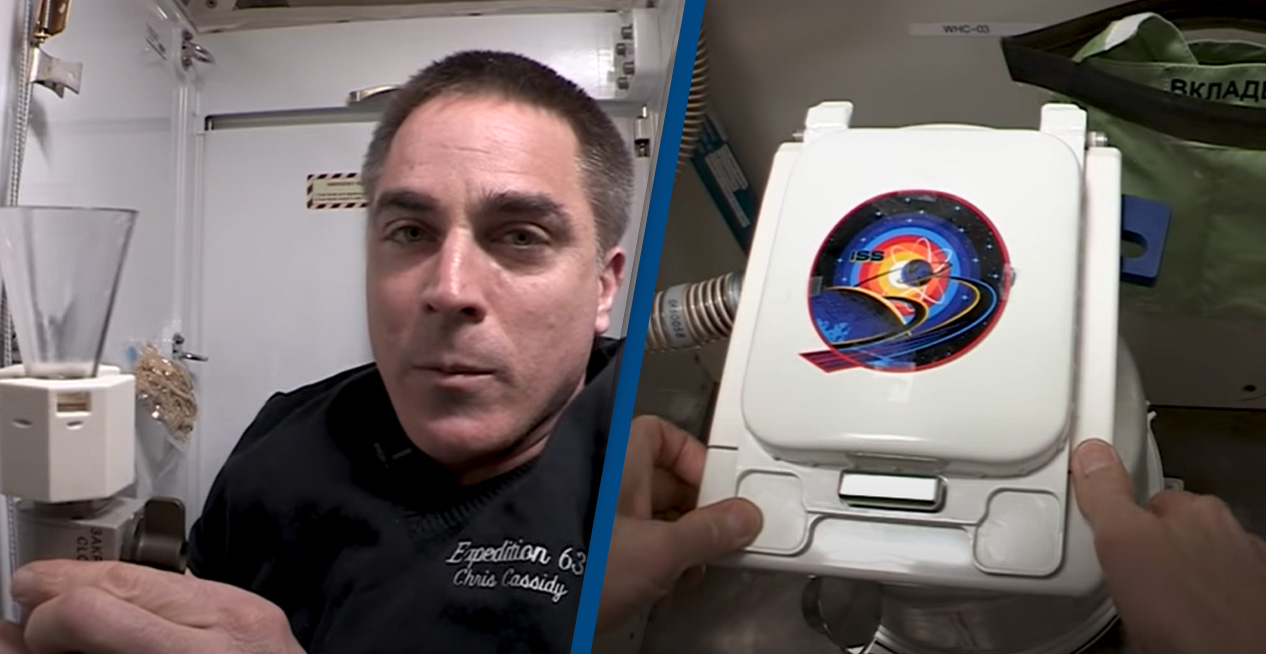 It’s a question that has plagued mankind for decades: how do astronauts poop in space?

Thankfully, a NASA astronaut has stepped in to reveal to us mere Earth dwellers what actually happens when you’re floating around in zero gravity and suddenly find yourself needing the bathroom.

Chris Cassidy, a former NAVY seal and the 500th person to go to space, is currently serving on board the International Space Station. He recently took time out of his busy schedule of being an actual real-life spaceman to make a quick explainer video answering what he says is ‘by far the most common question we get asked as astronauts.’

The video takes us on a tour of the ISS ‘waste and hygiene compartment’ – a small cubicle about the size of an airplane bathroom – that, weirdly, appears to be right in the middle of the station’s gym. As Cassidy points out, it’s a high traffic area, not exactly ideal for when you’re needing a bit of privacy.

Cassidy is quick to point out that needing to use the bathroom feels exactly the same in space as it does down here on Earth: ‘it’s the exact same sensation,’ he says, ‘you know you gotta go.’

Floating into the cubicle, which seems to be a bit of a tight squeeze, Cassidy explains that the astronaut’s toilet consists of a plastic seat and a metal bucket. There are all sorts of switches and buttons to operate the toilet, as well as a handy spreadsheet to show newbie astronauts how to do their business.

Using a pack of green beans and mushrooms to replicate the real thing, Cassidy demonstrates how the astronauts make their ‘deposit’  into a plastic bag attached to the toilet, then use a metal stick to push the bag into a larger container underneath.

Number ones are slightly more straightforward – you simply pee into a small funnel attached to a tube that sucks urine through a hose and into a container.

‘And in case things go wrong, like with the hardware not yourself, there’s a WHC malfunctions cue card,’ he adds.

Seems straightforward enough, right? However accidents do happen, like in 2008, when a malfunction meant astronauts were forced to use their transport module as a makeshift toilet until replacement parts could be transported up onto the Space Shuttle.

Luckily, the ISS has recently received a much-needed upgrade, with NASA launching a brand new, if a little pricey, replacement toilet into space last week.

If you have a story you want to tell, send it to UNILAD at [email protected]

Catastrophic tidal wave is '100%' on the way to hit number of European cities, experts warn

an hour ago
News